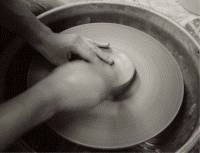 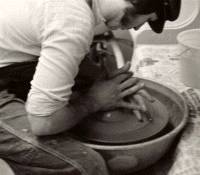 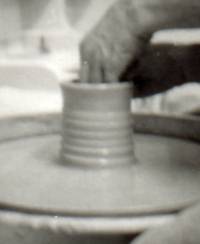 There is so much I do not know. The more I discover, the more I find undiscovered.

The greatest of these mysteries is the existence of evil. Why did God allow evil to enter His world? Why is there so much suffering? Why is there so much death? Earthquakes, famines, floods; wars, genocide, slavery; murder, rape, incest; disease, filth, poverty: our world is filled with darkness.

There are some things I believe. They are a matter of faith. In this sense, I may even say that these things I know.

There is right; there is wrong. We would rather be in control of our own lives and destiny than let someone else be in control, even if that someone else is the Supreme Creator of the universe. Our desire to be in control is disobedience against His will for us and therefore wrong. Our selfishness separates us from our Creator. Our Creator is not pleased with this separation. The separation means spiritual death and eternal separation from God. He knew that a perfect man had to suffer and take the punishment for our disobedience so that the separation could be healed. Because He loves us, His created beings, He became one of us yet perfect, without sin. He died and was (as only faith can understand) separated from Himself when in His dying He became the very sin we have. Death could not hold Him. He returned to life to prove His power over sin and death and the enemy who is the very personification of evil. Now He must forgive our disobedience, our sin. He has forgiven us because He took our punishment. Yet we will not know forgiveness unless we each individually claim it. We must each respond by believing that all this is true. When we agree with God that we are separated from Him by our sin, confess our sin to Him, and ask for His forgiveness a miracle happens. He destroys the old sinful self and in its place creates a new holy self. This holy self knows joy and peace that the sinful self could not even imagine. This holy self has a purpose for living. This holy self has been given the gift of heaven, eternal life in the presence of the Supreme Creator.

There is a conflict that continues to be a part of life. The holy re-creation is now at odds with the destroyed sinful self and the enemy who would undo what God has done.

The fact that the forgiven person becomes a new creation who knows joy and peace does not mean that this person will be instantly removed from the world of suffering and death. The believer now sees purpose and hope in the midst of decay and death. Many questions remain unanswered. Thus it is that the believer learns simply to live in the grace of God, allowing God to be in control even in the unanswered questions. The believer is submitted to the Supreme Creator just as a lump of clay is submitted to the potter's hand.

"But who are you, O man, to talk back to God? Shall what is formed say to him who formed it, 'Why did you make me like this?' Does not the potter have the right to make out of the same lump of clay some pottery for noble purposes and some for common use?" Romans 9:20, 21